Inside: FakeTV fills the room with light

FakeTV produces colorful, dynamic and constantly chaning light. just like a television does. 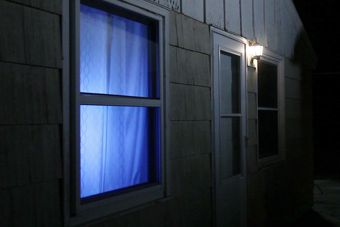 Viewed from outside your home, FakeTV looks just as if you were home watching TV

And when you see light from a TV, you usually assume someone must be watching it. 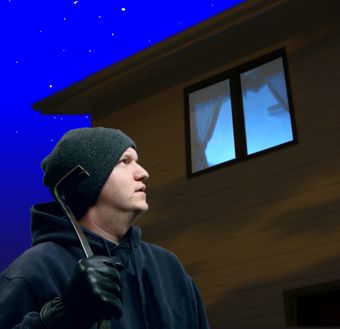 When you look at a real TV, you see images on the screen. But, when you look at the light it casts in a room, the light melds to a uniform glow that changes with the changing images on the television. Some of that light makes it through the window coverings. When burglars see that light, they generally assume it must mean someone must be watching television, because someone usually is.

FakeTV Makes the Same Sort of Light as a Television

FakeTV uses a built-in computer to control super-bright LEDs to produce light of varying intensity and color that light up a room just like a real television does. The light effects of real television programming –scene changes, camera pans, fades, flicks, swells, on-screen motion, and more, are all faithfully simulated by FakeTV. Just like a real TV, FakeTV fills a room with color changes, both subtle and dramatic, in thousands of possible shades. Like real television programming, FakeTV is constantly shifting among more and less dynamic periods, more vivid and more monochromatic, and brighter and darker scenes. FakeTV is completely unpredictable, and it never repeats.

The effect is uncanny. From outside the home, FakeTV is essentially indistinguishable from a real television .Test subjects were not able to tell if it was FakeTV or the real thing, even when they knew it had to be one or the other. “I think that was a news program, but now a bunch of commercials just came on. It must be the real TV” No, that was FakeTV, the whole time!

The light from the FakeTV looks just like a real TV viewed from outside.

To see this technology in action, please see our 75 second demo video.

Be the least tempting target 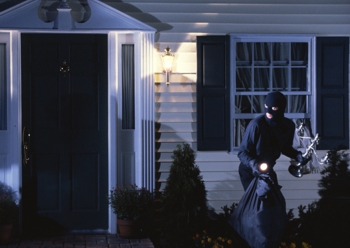 Burglars target houses that look unoccupied. A lamp on a timer helps, but burglars are on to this trick.

The real trick of FakeTV is psychology, not technology.  And why break into a house that looks occupied when it looks like nobody is home in a house down the street?  The trick is to make your home the least appealing target on the block.  FakeTV, along with a few other common-sense security measures  does just that.

Your really don’t need to know any of the technicaldetails– just that FakeTV is a really good counterfeit. But frankly, we kind of proud of FakeTV. (Forgive our being a bit boastful.) But for the truly techies and truly curious:
The Tecnology Behind FakeTV